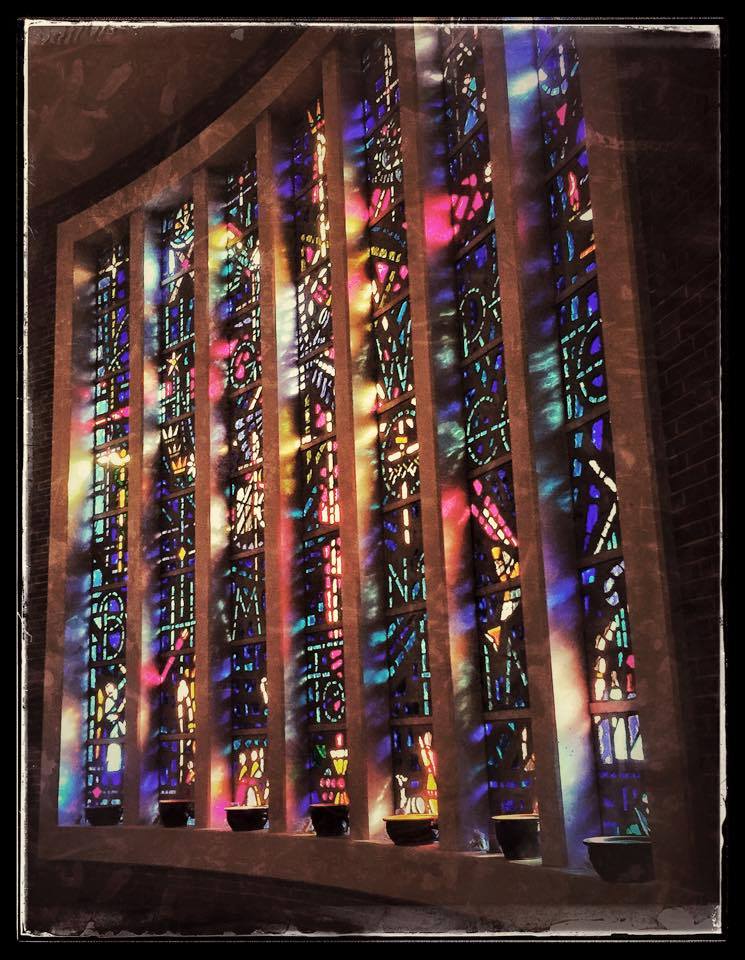 I have a new job!  It’s been seven long months since I was asked for my resignation at my last job. I had been well-paid while there, so we were living very comfortably – we bought things when we wanted them, we traveled, we were putting lots away for retirement.

We had built up a nice cushion in our savings account, but then our antenna blew off and tore a good chunk of our roof off, so we replaced it in June, eating up most of those savings.  A month later, I was unemployed. Tina’s job plus unemployment was enough to pay all the bills, but then my ex-employer challenged my unemployment and I lost it.

My new full-time job was finding a job. I worked on it every day. I applied for at least one job per week. I went to interview after interview. I was offered a position and then it fell through. I was the top pick at another nonprofit, and then they decided to restructure. What was going on? I could not figure out why I was not getting hired.

We started having to take about $2000 a month out of savings and severely cut back our spending. No more eating out, no more cleaning lady, no more pedicures, no more Rotary Club. We canceled Hulu, Netflix, Sirius, and Evereve. We started shopping at the cheaper stores, and we even asked family for a raincheck on birthday and Christmas gifts. That was hard.

God, why? Why am I going through this? What do I need to learn? I’m starting to question Jeremiah 29:11…no plans to harm me huh? Surely this is the third horseman of the apocalypse!

Well, turns out I needed to learn empathy. And vulnerability. And humility. For the past 20 years, I didn’t have to worry about money. There was always enough. If there was extra, we could splurge on a trip, a Tiffany necklace or a pair of Christian Louboutins. We learned quickly how it felt to NOT have enough. We learned how to receive and not always be the ones giving (thank you, Natalie, Kelly, Stace and Tim for still inviting us out and then paying the bill), which was so difficult. Even humiliating.

I had asked God to open the right door for me, so all I could do was trust that the right job had not come along. But then our money completely ran out. We got to the point of having only $1 in savings (enough to keep the account open) and not enough in checking to cover the bills coming up.  We could go into debt by using our credit cards to pay the bills, we could sell the cars or let them go back to the bank (turned out we were still upside-down, so selling was not an option), or we could ask my parents for a loan.

I’m 52 fricking years old. I did NOT want to ask my parents for a loan. More humiliation. So I procrastinated and charged the credit card at the grocery store and for the car payments. I sold things on Facebook and Poshmark for extra money. But I still needed to ask. Not before deciding however, a few times, that since I was in such a bad space, I might as well read a bunch of political articles and double down on all the bad feels. Sounds reasonable. And don’t try to tell me you haven’t done the same!

So I asked. And my parents, of course, loaned us enough to get out of debt and through for a while longer.

And then, I got two job offers in one week! Was that what it took?  I’ll probably never know, but what I do know is that I want to be more generous. I can live on less, and now I know that. There are people living with scarcity all around me, and I can do something more.

Today at church, after a week of work and a paycheck on the way, I broke down. I cried during every song. Of course, the songs contained lines like:

“All to Jesus I surrender
Humbly at His feet I bow.
Worldly pleasures all forsaken
Take me Jesus, take me now.
I surrender all.”

Gah – I was a mess. And as I looked up through teary eyes at the light coming in through

P.S. I didn’t intend for this post to be negative toward Goodwill.  I still donate my stuff (that I can’t sell on Poshmark, haha) to them and believe in what they’re doing for the community. My former boss treated me incredibly through my breast cancer journey (as mentioned in previous posts here and here), so I still have great things to say about Goodwill.  I just take issue with the way I was let go (via text) and challenging my unemployment benefits, which are there to help people while they’re looking for new employment.

I had a part in it – I used bad judgment and made a mistake, but I learned through that, and I have vowed that I will not treat another human being that way. I have fought former employees’ unemployment benefits in the past (one I still would because she embezzled money), but I don’t think I’ll do that ever again now that I’ve been on the other side.

If we’re not already friends on Facebook, connect with me!

If we’re not already friends on Facebook, connect with me!